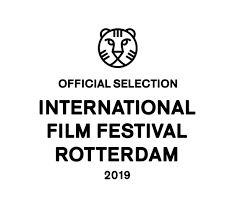 Announcements
The Beast in the Jungle

Henry James wrote the novella The Beast in the Jungle in 1903 and the epic love story where Fate is the strongest character is regarded as one of his foremost works. Clara van Gool places dance at the center of her interpretation of James's novel. May, featuring the dancer Sarah Reynolds, and John, performed by Dane Hurst, glide through the story of unrequited love that spans two centuries in her interpretation. John is convinced that his fate is a catastrophe waiting to happen, like a “beast in the jungle.” It is only upon May's death that he realizes the catastrophe waiting to happen was his own inability to love. Van Gool sets the stage in the nineteenth century and closes in the present. The film is a poetic and sensuous experience, where the extension in time captures the eternal theme of May’s unrequited love for John, a man to scared to return her affection.